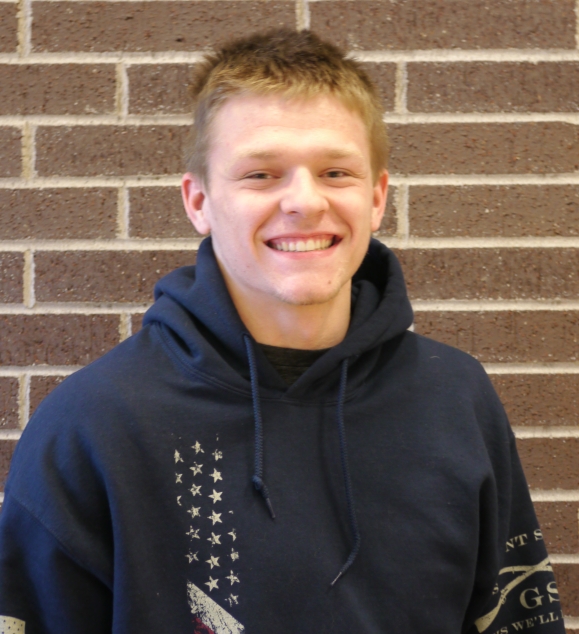 On a Wednesday night at Spring Mill State Park, a young man emerged from his baptism in a creek. And he emerged as a new person. Issac Findley is a dedicated football player here at Jeffersonville High. He found his faith in middle school and felt he needed to “take responsibility” for himself, his life and his relationship with God.

Findley made the decision to be baptised in middle school, and describes his baptism as feeling unfearing and courageous, reanimated with a new passion for his life and those ]around him.“It was probably in middle school when I got baptized, because that’s when I really took on my faith as myself and not my parents.” He feels that baptism is when you really “put the holy spirit in your life and live as Jesus would have lived.”

When asked if he ever feels outcast because of his faith, he notes that after declining party invitations he has been mocked for being “too religious.” He says that some will ask him “why are you different?” and he’ll answer, “It’s because of my faith.” He doesn’t feel the need to shove his faith down others’ throats, nor to pass judgment on others; he simply wants to provide a listening ear and a prayer for those who ask for one.

Findley told the story of one such incident where he invited another football player to church. The other made excuses he couldn’t drive, he was busy, he was forced to church in his childhood. Finally, he went with Findley to church, and found his love for God and faith reanimated. Later, Findley asked him to a Bible camp. Eventually, Findley was present for his baptism.

“I don’t want to shove it down people’s throats. “You can come talk to me and I can pray for you,” he says. He thinks some people need to give religion a chance, that it could help them as it has helped others, and that it all affects us in different ways. He feels as though religion has made him more accepting to everyone, and that he wants to include everyone. Findley says that Jesus loves everyone, and asked us to love our neighbor as we love ourselves.

Findley also says his faith has improved his relationship with his partner, Kiersten. That keeping God in the center and having an emotional and spiritual relationship has helped him and Kiersten be more understanding of each other and to have a better, long lasting relationship. He said it was because “we don’t stress about if we’re good enough.” They go to church every Sunday together, and keep their relationship centered on spirituality.

Findley plans to be an engineer after high school, and attends services Southeast Christian Church. His relationships and life have improved since his baptism, helping him be more open, inviting and long-lasting. He only asks that you give spirituality a chance.