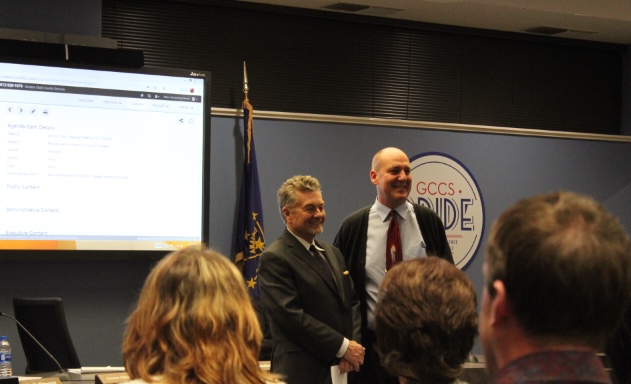 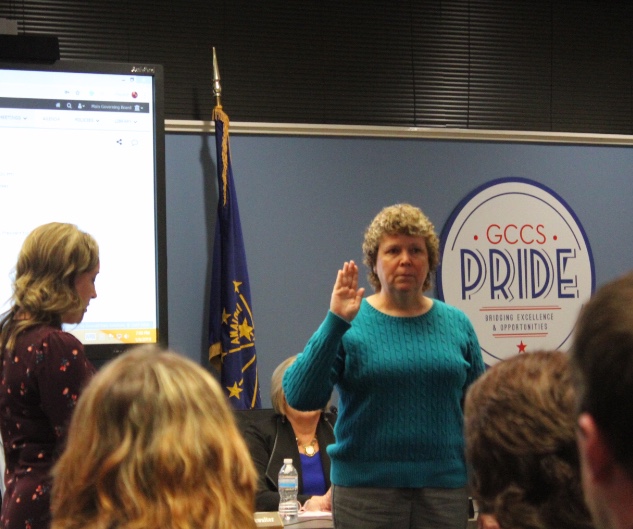 Finding a new superintendent is a pressing issue for the new school district leaders.

Later this year, Greater Clark County Schools is expected to name a new superintendent. However, change has already started to take place, as three new school board members were sworn in on Jan. 8: Janelle Fitzpatrick, John Buckwalter and Bill Hawkins.

On Dec. 24, 2018, Dr. Andrew Melin resigned as the superintendent of GCCS. Now the school board – which consists of the three new members as well as Milton Clayton, Teresa Perkins, Christina Gilkey and Katie Hutchison – is facing the immediate challenge of filling the top position in the district.

“The number one goal is to find a superintendent and fill that empty chair at the table,” Hutchinson said.

The new superintendent must be ready for change in any direction. There are different ideas of which direction that should be. For instance, the school board isn’t sure if they will limit their search to people from within the community or expand it beyond the Greater Clark County school district.

“You’re not going to make everyone happy, but we’ll make the best educated decision to benefit GCCS,” Clayton said.

Buckwalter said the new superintendent must be “a good listener, equitable, and ready to take on the task of increasing our climate and culture.”