Loud pops rung throughout the halls of Columbine High School in Colorado on April 20, 1999.

At first, students thought the sounds were firecrackers being lit on the lawn outside.

The reality: shots were being fired from semi-automatic handguns at students outside eating lunch.

The shooting, which would later be known as the Columbine shooting massacre, lasted 49 minutes and spanned most of the school. Senior Rachel Scott, a 17-year-old who was known around the school for always spreading kindness, was the first victim shot and killed.

April 20 of this year will mark 19 years since the first mass school shooting occurred. Since Scott’s death, her legacy of positivity lives on within JHS through the Friends of Rachel club, which has been actively working to make sure that her and her legacy never fade.

“There’s a sense of unity that comes with the student body being against bullying, knowing that it’s a dangerous thing within any school environment.”

“It’s definitely become more prevalent, as the presidents, to continue a positive movement throughout the school, ” Friend’s of Rachel co-president Keith Asplund said. “We need to use her story to prevent bullying and stop escalation of violent situations.”

On that fateful day, 13 lives were lost — 12 students and one teacher — and 21 more were injured. But through all of the despair, a legacy of gold was gained.

Following the shooting, Rachel’s father, Darrell, created the “Rachel’s Challenge” program to honor his late daughter. His hope was to carry out her goals by showing the impact that minimal acts of kindness can have in a high school setting.

Eventually, the club would reach millions of high school students nationwide every year, encouraging safety and positivity in schools.

“The club gives students an outlet to share and discuss things they might be embarrassed about or going through,” said one of the club sponsors, Taylor Troncin. “And (we) respond (with) something to combat the negativity going on.”

At the beginning of each school year, the JHS club encouraged members of the student body to sign an “anti-bullying banner” to pledge their agreeance to keep the school from being a place of violence, bullying and discrimination. 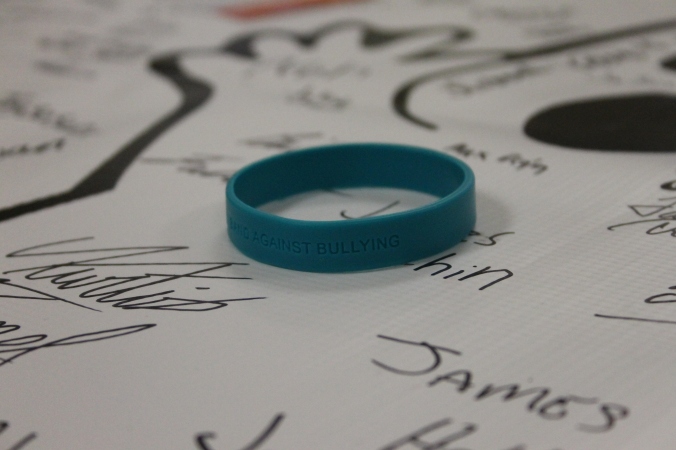 During lunches, students were encouraged to sign a “Say Boo to Bullying” banner, as well purchase wristbands that read ‘Band Against Bullying” to benefit the Friends of Rachel group.

“There’s a sense of unity that comes with the student body being against bullying, knowing that it’s a dangerous thing within any school environment,” said Friend’s of Rachel co-president Neh Thaker.

Scott paved the way for a positive movement that has grown to a larger scale and can continue to grow by each person affected.

“It’s really a simple message that she (Scott) was trying to spread,” Asplund said. “It isn’t big — it just starts with some students in school, day-to-day, hour-to-hour, spreading positivity.”