For many people in our area, Kentucky Governor Andy Beshear’s daily COVID-19 briefing became a staple of their daily routines. The briefings inspired virtual meet-ups, catchphrases like “you can’t be doin’ that” and even a meme group on Facebook that grew to more than 200,000 members. One aspect of the briefing — and the memes — that got a lot of attention is the sign language interpreter, Virginia Moore. However, most don’t know Moore is a Red Devil.

Moore grew up with both of her parents and two of her siblings being deaf. “My first language was sign language,” she says. However, leaving Jeff High she never thought her career would involve Sign Language, and after graduating in 1980 she attended Michigan State to study criminology.

Her plans changed when she came home from MSU after her father was involved in a car accident. She opted to complete her degree at Indiana University, and to pick up some extra cash she began interpreting for students. After going between different jobs, she would find her career path.

However, it was only recently that Moore entered the spotlight as she began interpreting for the Governor at his COVID-19 briefings. 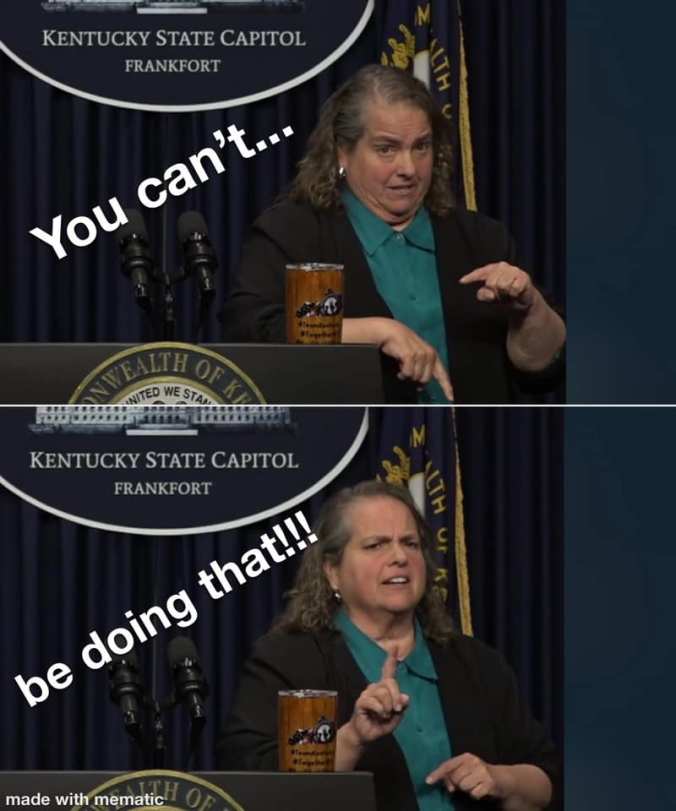 While most of the attention she receives is for her interpretation, Moore and the agency continue to advocate for the deaf and hard of hearing during the pandemic, and it’s at times like these that their work is most important.

Often, the needs of these communities are not factored in. For example, as the prison system was adapting to the pandemic they began issuing masks. However, many deaf and hard of hearing individuals rely on lip reading to understand others. So Moore and the agency advocated to provide clear masks.

While she has been busy, Moore has noticed the fame she has acquired, “It has been a little bit shocking,” she says. But Moore sees this publicity as more of an asset than anything else. “As COVID is a very horrible virus…there’s this little gold nugget. What we’ve been able to accomplish in the last three months is more than I’ve been able to accomplish in the twenty years prior,” she says.

Over the course of the pandemic, she says she has identified one thing more effective than any other: unity. Moore says, “In order to get something accomplished there is no Republican or Democrat… we can’t have these divisions at the beginning of something like this.”

But through it all she maintains an optimistic view, especially for students. Speaking to the Jeff High graduates and students she says.”This generation of graduates are truly the most creative… This is the one generation that everyone will remember.”

One thought on “Jeff High Graduate Virginia Moore: “Shocking” Fame Provides a Platform to Help Others”